Depression and Addiction: How Are They Linked?

Various individuals struggle with mental health conditions such as depression and are also affected by substance abuse. Substance use disorder, also known as SUD, is a condition that affects an individual’s brain and behavior...

Various individuals struggle with mental health conditions such as depression and are also affected by substance abuse. Substance use disorder, also known as SUD, is a condition that affects an individual’s brain and behavior. Furthermore, it can cause an inability to control the use of substances, such as drugs and alcohol.

The worse part about substance use is that it can result in an addiction. Once a person is addicted to a substance, that person isn’t able to stop using or stop a behavior. According to the National Institute on Mental Health, also known as NIMH, about half of individuals with SUD also have a mental health condition, such as depression.

Co-occurring disorders can include:

Even though mental health conditions and substance abuse co-occur, one doesn’t necessarily cause the other. Experts suggest that the three possibilities below can explain the link between depression and addiction recovery:

As previously stated, substance misuse can cause changes to an individual’s brain and overall structure. Ultimately, these specific changes can make a person more susceptible to developing a mental health condition. The two disorders feed into each other.

For example, if a person is undergoing an alcohol use disorder (AUD), feelings of shame and guilt might occur in that individual. It can make them more prone to drinking and blaming themselves for their addiction, leading to a mental health disorder. On the other side of the coin, say a person has a full-blown anxiety disorder.

Due to the anxiety disorder, the individual might attempt to self-medicate by engaging in recreational drug use. At first, the drug use might come across as trivial, until the person becomes dependent on the drug to feel a level of euphoria. As the individual attempts to stop engaging in drug use, they start to experience withdrawal symptoms, cravings, and drug dependency.

Some people as previously stated that might engage in drug or alcohol use in an attempt to self-medicate. However, even though some drugs might relieve an individual’s symptoms temporarily, they can worsen matters in the long run. When there are changes in the brain associated with mental health conditions, the rewarding effects of the substance might increase. As a result, this might make an individual more likely to undergo substance use.

Neither depression nor substance abuse is a happy diagnosis on its own, but what happens when you’re dealing with both simultaneously? Perhaps the addiction is in the past, but you still feel that temptation towards the drink when new hurts arise. Or maybe you’ve been walking the path of recovery for some time, and a sudden loss or an unexpected life change threatens to knock you off the wagon.

When you are dealing with your substance abuse and depression still looms near, how can you get the help that you need? Generally, a mental health professional will treat a person’s depression and SUD simultaneously. As the symptoms of both conditions overlap, so will the treatments.

Co-occurring mental health and addiction issues are not uncommon. Studies reveal that they are much more common than once considered, and knowing what we do about the underlying mechanisms of addiction, it’s not hard to see why. For example, during the COVID-19 pandemic in 2020, the number of individuals living with rates of substance misuse and mental health conditions increased.

As a result of the increased disorders, the more recent research into depression and addiction recovery considers the pandemic a factor. One study discovered that adults, especially young adults, reported that considerably elevated rates of mental health occurred during 2020. The levels of substance misuse and suicidal ideation also increased.

Being diagnosed with multiple conditions is becoming more common as the industry approaches assessment and diagnostic tools evolve. Assessment professionals are trained to expect and screen for co-ocurring diagnoses, rather than remaining faithful to the traditional yet outdated way of understanding substance use disorders. As more people receive a proper diagnosis, their therapy and even medications can be reconsidered and reevaluated for individualized treatment programs that consider both of these factors.

Dual diagnosis programs have evolved specifically for those dealing with co-occurring conditions. The most common pairings that those with substance use disorder and other related addiction-based conditions also suffer from are the following:

Validating the experience of those with co-occurring disorders and treating the symptoms concurrently, the success rate for these high-risk cases increases. The doctor will tailor a specific treatment plan to an individual’s symptoms and conditions.

A doctor might prescribe antidepressant medications to treat depression.

When an individual has a SUD, the doctor might prescribe the following: 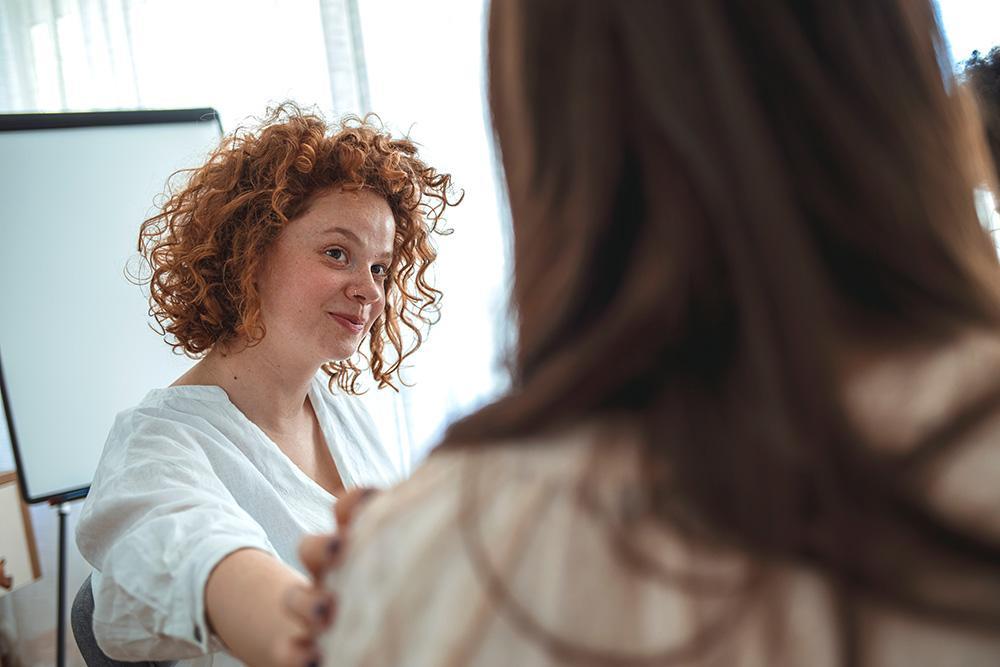 The Root of it All

If someone struggling with addiction and substance misuse also struggles with depression, it can lead to detrimental results. Depression has been around before the active addiction. However, when a person experiences both, the two can snowball out of control very fast.

Because of false perceptions about their ability to handle it on their own, nearly 60% of people with depression do not seek medical help. Many feel that the stigma of a mental health disorder is not acceptable in society and may hinder both personal and professional life. We are starting to see this change.

As more people are open about the root of their addictive behaviors and choose to be honest about the kind of treatment they need, depression is becoming less stigmatized. Being honest and aware of recurrent mood disruptors is not a weakness but rather a strength, allowing one to be more prepared for these mental health episodes. Delaying medical treatment for fear of embarrassment or shame will only make things worse down the road.

When we look at why people say they use and misuse substances, we often see it provides a false sense of escape from reality and a sense of pleasure. People will misuse their substances to escape the depths of their depression and perhaps the truth of their situation. When the high is gone, the depression hits harder with guilt and regret – often followed by the urge to use again. This vicious cycle has to be interrupted to break the pattern.

It’s beyond important, to be honest with the program about other diagnoses and symptoms. When the knowledgeable clinical staff explains common co-occurring mental health diagnoses, a patient can receive the right treatment. Furthermore, when proper attention goes into details, prevention and aversion to relapse become more likely.

Recover From Substance Abuse and Depression at MindMD

Getting into the right treatment center will take putting it all out on the table. When an ideal recovery program is in motion, someone with symptoms of depression will have the support team, tools, and resources available in the darkest moments of recovery. The urge to give up and use again can be the strongest in the depths of a depressive episode.

Being aware and surrounded by others aware will be key to proper intervention. Choosing a treatment program experienced with dual diagnoses, like MindMD, can mean the difference between failing and succeeding. Our specialized and trained team is patient-centered in responsive care. Plus holistic approach incorporates inclusion in a clinically sophisticated refuge for those seeking to break the cycle of addiction. Contact us today to speak to a professional if you or someone you know is struggling with addiction.